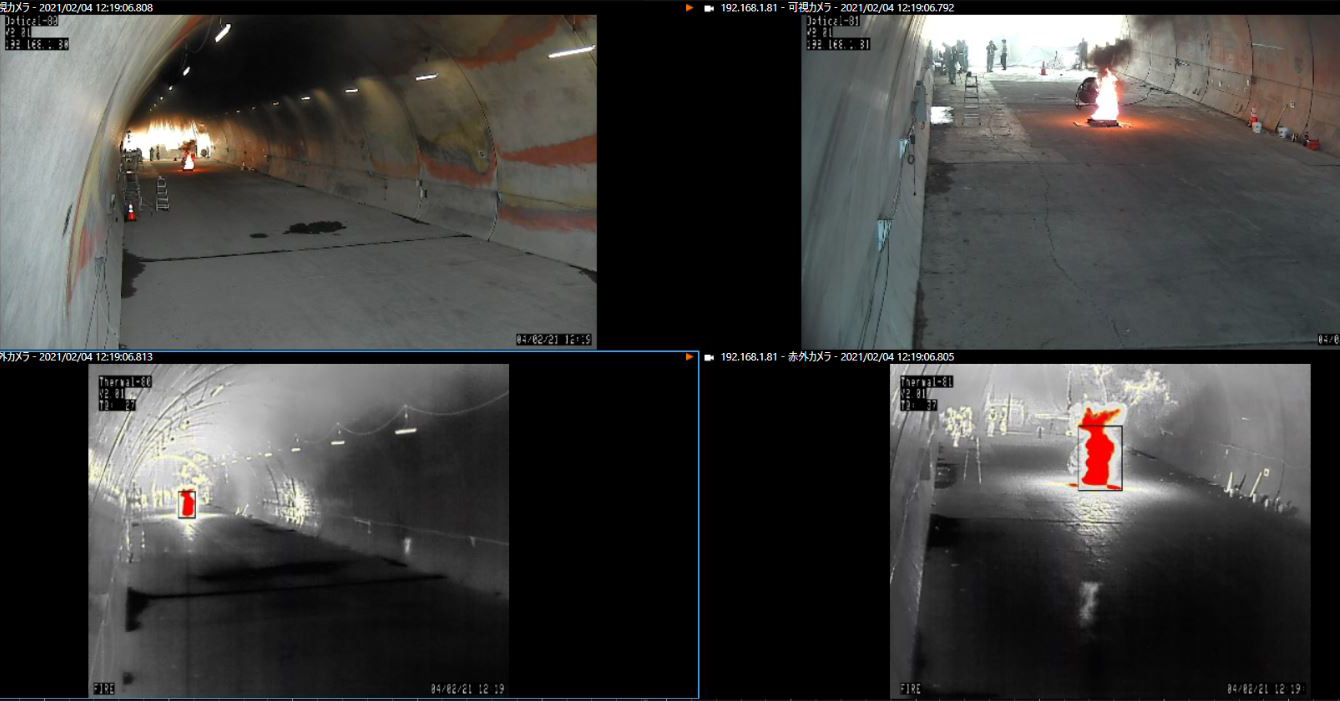 Underground land planning in major cities has helped ease the pressures of traffic and overcrowding but presents unique challenges due to the inaccessibility of underground roadways in the case of a traffic accident. Monitoring underground spaces, especially for tunnel fires, is essential to catch problems early and prevent catastrophic and life-threatening events. The Teledyne FLIR ITS Dual AID thermal camera provides real-time temperature measurement and alarms, giving it a major advantage compared to traditional fire detection technologies. Recently, the ITS Dual AID passed regulations for installment in underground spaces in Japan.

Japan has some of the most comprehensive regulations and requirements for detection equipment in the world. For instance, all installed detection systems in road tunnels must be able to detect a 0.5 m2 plate and 2-liter gasoline fire from 25 meters away within 30 seconds. Until recently, traditional flame detection technology was the only equipment which met these rigorous specifications. Linear temperature sensors were then introduced to supplant flame detectors, but they did not meet the requirements for detection as they could only be qualified for locating fire.

After passing durability standards, the FLIR ITS Dual AID was subjected to fire detection tests in a tunnel simulating full-scale fire conditions. Testing was conducted by the Advanced Construction Technology Center (ACTEC), a nonprofit organization that promotes cooperation in the development of advanced construction technology, and included detecting a test fire that was 25 meters away within 30 seconds.

The ITS Dual camera system surpassed requirements by detecting the test fire within 10 seconds. It also passed the non-fire alert tests for a warm truck passing by the camera. This demonstration of the ITS Dual AID camera’s ability to accurately detect potential fire hazards within seconds was a testament to its advantage over traditional flame detector technology. Overall, the ITS Dual camera has passed the strict standard for the automated emergency alert equipment installed in underground spaces.

Based on these successful test results, SOHATSU will submit the ITS Dual camera-based system to be registered as approved automatic emergency alert equipment with the New Technology Information System (NETIS) managed by MLIT. Teledyne FLIR will continue working with SOHATSU to develop the ITS Dual AID camera for use in the tunnel Supervisory Control and Data Acquisition (SCADA) system.